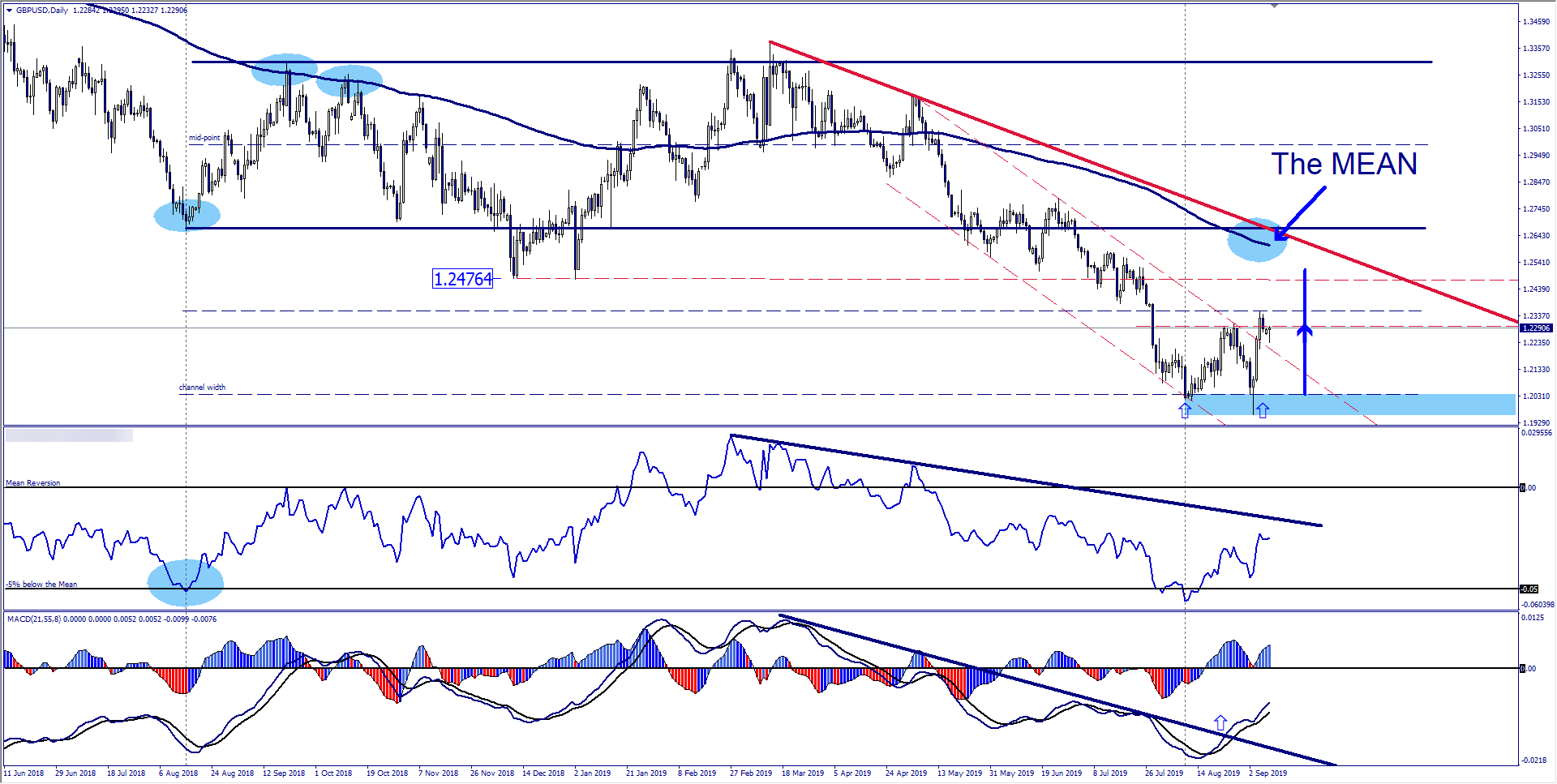 One of the first things I learnt many many years ago is that an assets price is either moving towards its Mean or moving away from its Mean. When price moves too far away from its mean either above or below, then this indicates an ‘extreme condition’ and suggests that the trade is too ‘overcrowded’. What normally ensues after such an extreme is a period of mean reversion.

The daily chart above of Cable shows that the cross rate is firmly in a downtrend but when price travels -5% away from its mean then we observe a reversal and a period were price travels towards its mean before the downtrend resumes. This occurred back in August 2018 and we see now the exact same setup. Price travelled -5% from its mean in August and a temporary pivot low was registered which again was retested in early September and was defended by the Cable bulls. Therefore, Cable has also, formed a double bottom price pattern (after breaking a 5month T-Line) that looks to be on its way for validation, for a trip to its mean (Mean Reversion).

We are buyers of Cable! 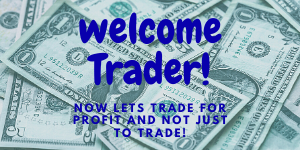 Who are we? Forextechtalk was created by institutional traders with many years of experience and success at the trading terminal.

Our Mission: Sharing our deep knowledge and experience in the Capital Markets in order to help educate traders. We aim to provide traders with timely and relevant opinions on the developments of the Capital Markets with a special focus on the Foreign Exchange segment. We aim to keep traders on the right side of the market through practical and multi-dimensional analysis, day in day out.

Indices and Cryptos by TradingView